Stan Lee, Honorary Chair of National Library Card Sign-Up Month
Lee is the co-creator of the Fantastic Four, Spiderman and The X-Men. He has been an editor and Publisher at Marvel Comics. As publisher, he turned the company from a comic book enterprise into a multimedia empire that includes movies such as The Avengers, Iron Man, The Hulk, Captain America, and Spiderman. In 2012, the year in which he turned 90, Lee co-wrote a graphic novel Romeo and Juliet: The War which landed on the New York Times Bestseller list as well as launching the YouTube channel Stan Lee's World of Heroes.

Is the Smartest Card on the Planet in Your Wallet? 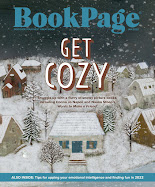 Discover Your Next Great Book!

Just type in #limestonelibrary in your browser window!

FirstSearch Home Welcome to the OCLC FirstSearch service, connecting you to information in a wide range of subjects in 11 databases. These include articles, journal articles and books. Click here or the icon to the left. Authorization 100-156-527, password pea?swear

Bring the library with you! Borrow FREE eBooks and Audiobooks from our Library with axis 360!

Use this website to practice for the written test.